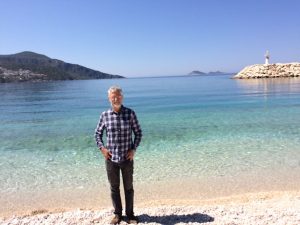 My surfer crew tag was PBC18. My parents said I first ran away from home at two years old. At fourteen I hitch-hiked two thousand miles along the Australian coastline.

My first job was as a graduate intelligence officer, but I quit to write a novel. I went travelling and hitch-hiked across the Sahara and met my wife on the border of Algeria and Niger. Afterwards, I caught a riverboat up the Congo and walked for two weeks across a game park in Tanzania.

On my return, I wrote another novel and laboured for ten years to finish a PhD on Finnegans Wake. Then got a job. As an IT director in London, I commuted five hours a day and in winter never saw the sun. It was the Myth of Sisyphus while wearing a suit. Since then I represented Britain in three Veterans Fencing World Championships. I write on fencing too.

The novels below have rollercoaster plots and the characters will grab you by the lapels and shake you. I write about real yet alien places that exist somewhere quite close to where you live.

Jahangir is a kid who knows how to make nitroglycerine. Lorelei’s mother is a high-class hostess.

A true grime tale set around Lyme Road School, where everyone except their friend Frank is totally weird. Lyme Road Community School is no ordinary school, servicing a sprawling South London estate. Some of the students are in gangs, some the children of drug addicts, and some are drug dealers themselves. Others are refuges from war-torn countries, and a few were even soldiers. Jahangir’s brother was a Taliban suicide bomber.

Already a ‘person of interest’ to the police, Jahangir becomes the target of local Estate gangstas but, when Lorelei is kidnapped, he and his new friend Frank vow to find her. The problem is, Jahangir has triggered a riot. 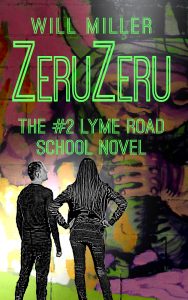 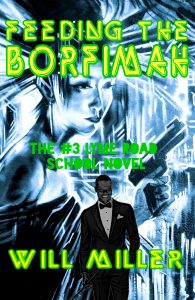 Rachel Holbeck lives on a South London estate. When her mother is found dead in Bangkok, Rachel gives a fiery speech at a high-profile reception. She insults all the right people, and afterward someone wants her silenced.

Hounded by religious protestors, Rachel asks Nouhou Dembele to be her protection. A refugee child soldier who lost his legs in the “World War III” assault on Monrovia, Nouhou still uses the black magic that once made him nearly invincible. They think they’re safe, but the stakes keep getting higher.